“The House of Imagination,” a sculpture/installation outside University of Illinois’ Siebel Center, under a September sky. Ektar 100.

B&W digital offers the photographer all the control in the world, but to my eye it doesn’t quite meet the beauty of B&W film.

I have long wanted to own a Nikon film body that would let me control my G (no aperture ring) lenses. The F6, lovely though it would be, is far too expensive for my budget, so I settled on a used F100. A example in good condition at the right price came along in time for my birthday. 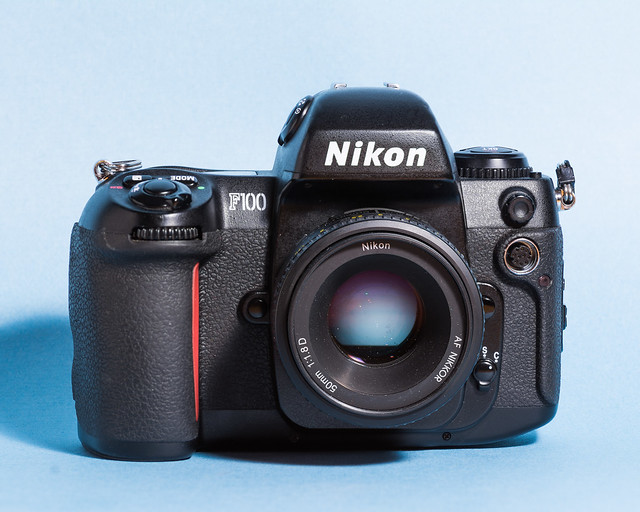 Shooting 35mm film is quite refreshing: no fancy software, no image preview, 36 exposures (at most) until you have to reload. Digital gives great control, but it can seduce the photographer into wasting time with irrelevant fiddling. Even in a digital workflow, film (especially color film) is almost fire-and-forget: you concentrate in the moment and the chemistry does the rest. Although some photographers object, I don’t have a problem with doing digital B&W conversions from color scans, especially because I don’t own the color filters I’d want for B&W film.

I bought the Portra and Ektar with my new camera, and processed them through North Coast in California. The Superia was an impulse buy for casual situations, and I’ve been processing it through the local Walgreens, just to see what kind of a job they do. There is great variability between individual locations. One local store has a Fuji Frontier minilab, and gave me low-res scans that cropped away about 10% of the frame: 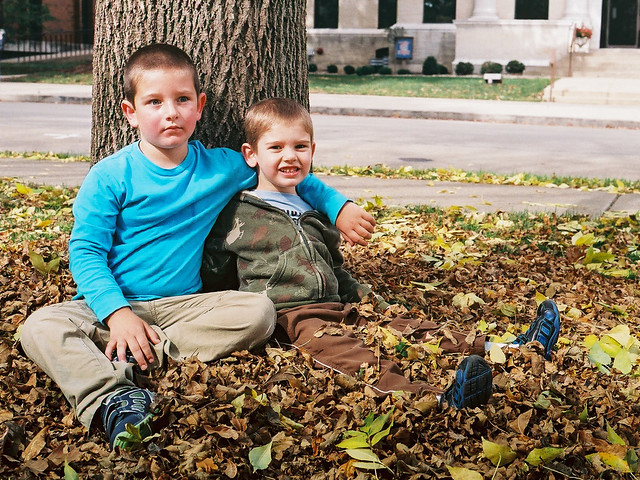 Another has a Noritsu and gave me 6 MP scans of the whole frame: 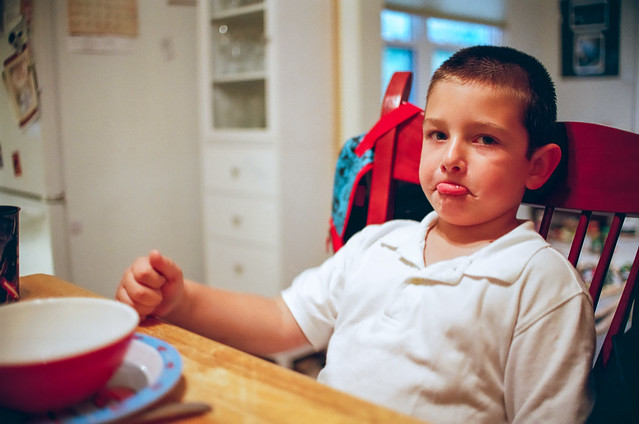 Both of these images were rated at 200 and developed normally. The second also used my 35mm f/1.8 DX lens, which covers the 35mm frame with a pleasant little vignette in the corners. Superia has tons of latitude and looks better to my eye with overexposure, but I wouldn’t use it for work I care about.

The two Kodak films, on the other hand, are spectacular, and I’ll be devoting a separate post to each one.