Autumn cirrus appearing to rise out of the Engineering Sciences Building.

I haven’t done selective color in a long time, but it seemed fitting for these two leaves after a freak hailstorm.

I’m a sucker for bright color; it makes me happy. And hibiscus provides plenty of bright color when it’s in bloom. 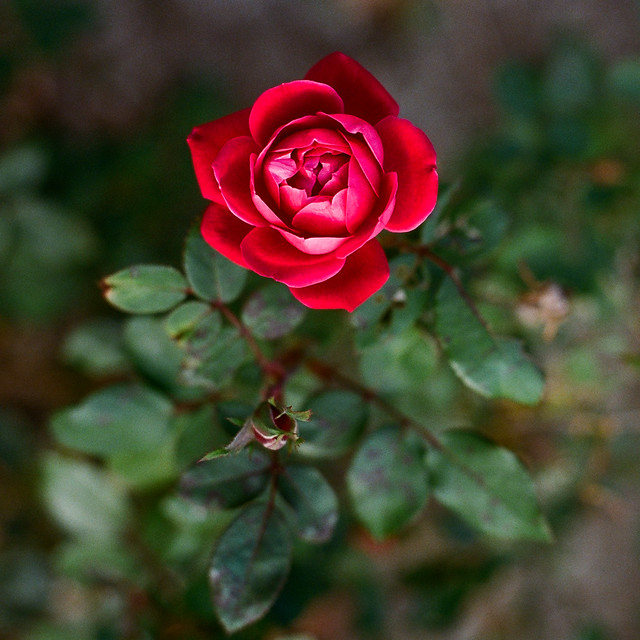 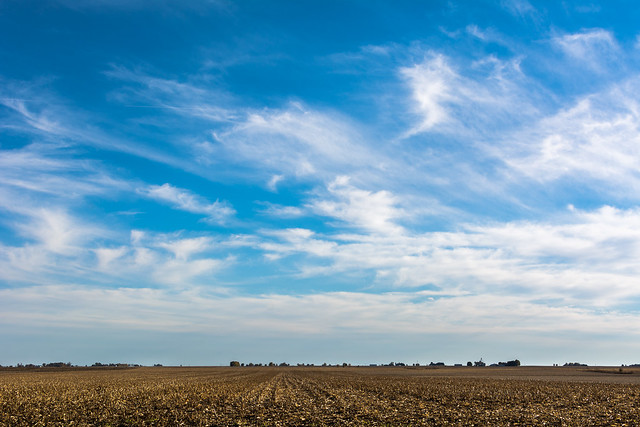 I guess I’d better admit it: I like color. Bold color. Punchy color. I also like the music of the French composer Olivier Messiaen, which uses instrumental color to define its structure, not merely as decoration. Vulgar? Probably. Kitschy? You could accuse me of that, I guess. I don’t know that I really care, though, when a blue sky streaked with cirrus clouds shows up over a cornfield at the end of the harvest. 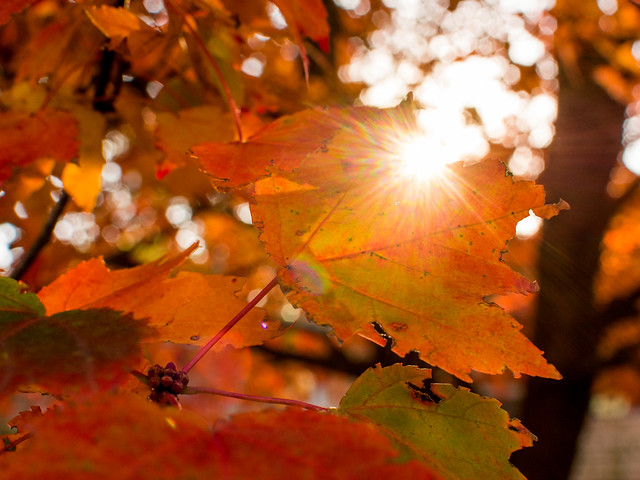 Let’s face it: backlit sunstar images are overdone, cliché, a shallow effect for a quick burst of emotion behind which there is no deeper meaning…but they’re sure fun to make, as this one was.

My son’s school schedules fall parent-teacher conferences in early November, and they give the students the nearest Friday off from school. Last year we used that day for a train trip to Chicago, and we thought it was so much fun that we did it again this year. Rather than take Amtrak from Champaign, which would put us in the Loop far away from the museums, we drove to the south suburbs and took the Metra Electric commuter train, which stops at all the major Lakefront attractions.

We wanted to see the Museum of Science and Industry this time, and I decided to take Portra for the outside and my X100 for the inside. Portra was a great choice, as this shot against the sun holds a little pale blue in the sky while sporting stylish lens flare: 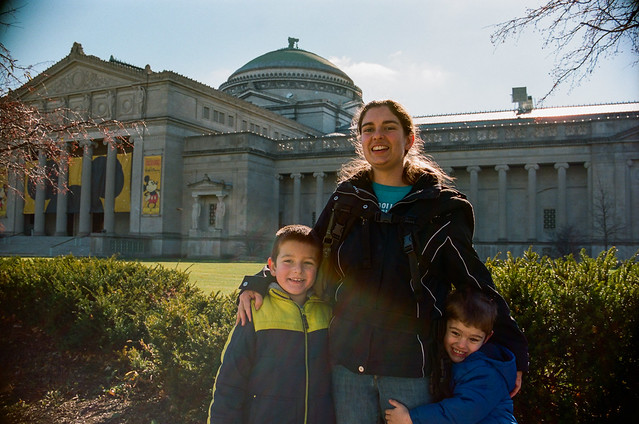 The colors in the other direction aren’t bad either: 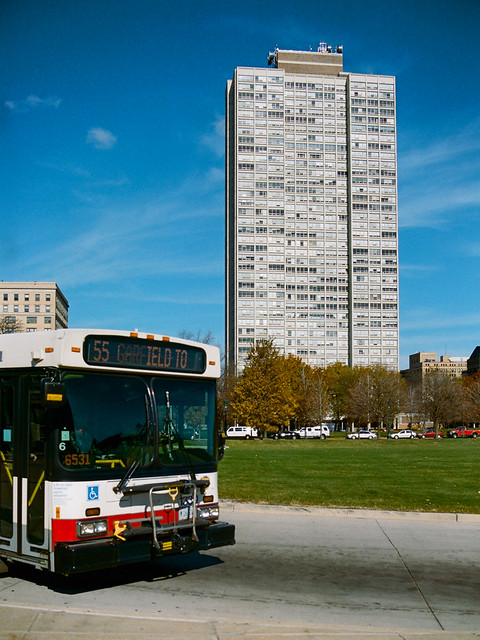 The X100 did what I wanted it to do inside the museum; I chose not to post any of those shots, as they’re of interest to the family album only. When we came out it was cloudy, and again Portra came through with the museum’s bicycle rack: 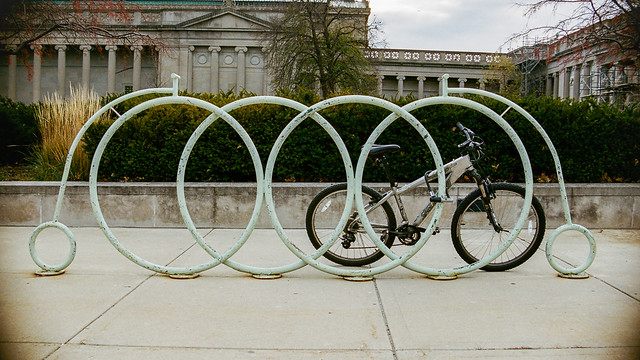 And best of all, or so my kids think, I got a shot I like of a Metra Electric train: 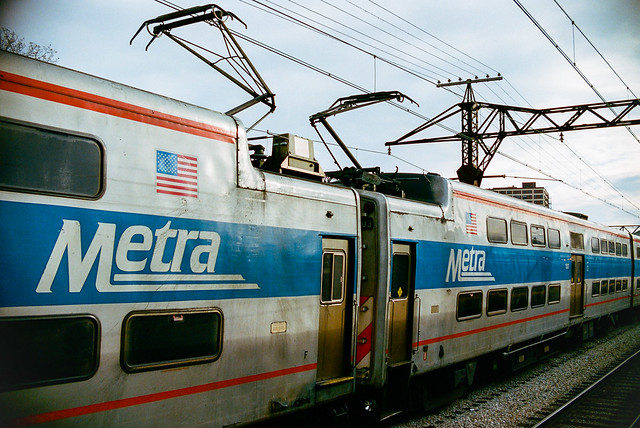 I’m not going to sell off my digital bodies and go film-only, but I’m enjoying the way the constraints of film concentrate my mind. If I have few exposures and no preview, I really have to make every shot count. 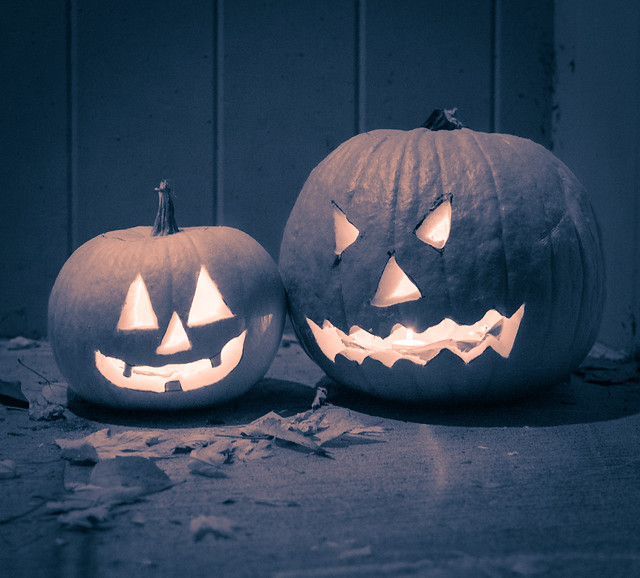 This year’s jack-o’-lanterns in a warm/cool duotone.

With my Portra finished, it was time to try Ektar 100. Google and the Flickr groups for its users suggested that Ektar is much more finicky and should be metered like slide film, that it has love-it-or-hate-it-color, and that its strong reds make it less desirable for people, particularly Zone VI people.

Well, I like saturated color sometimes, my F100’s meter appears to be working just fine, and I don’t mind using my lens on inanimate subjects. Let’s go. 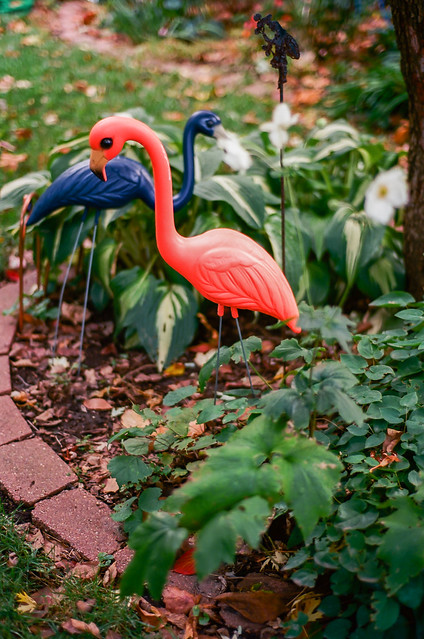 First up was my neighbor’s front yard. One might get the impression that he doesn’t like Illinois winters, and one would be right: he’s originally from New Mexico.

Good color, punchy but not cartoonish, and lovely tones on an overcast day. 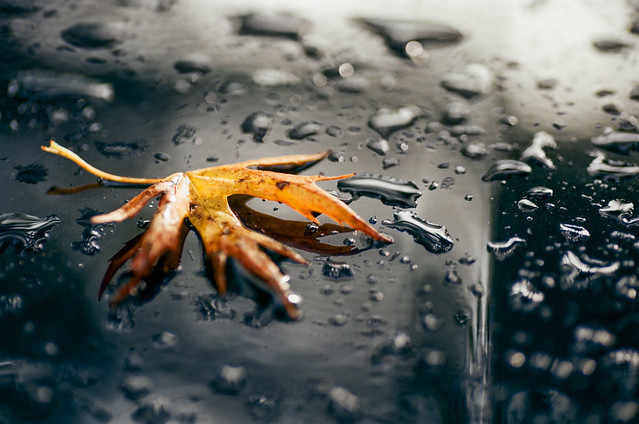 Yellow/blue is one of my favorite color combinations, and I couldn’t resist this leaf on the hood of my car. Maybe I could have placed focus better, but again I have no complaints about the film: colors are great, grain is great, tones are great. 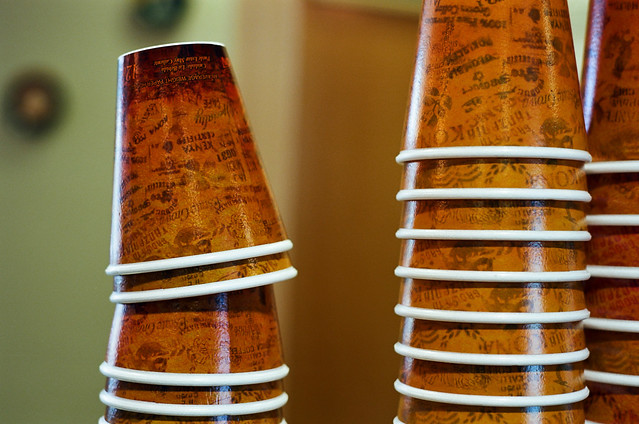 I was down to my last couple of frames when I went to get some coffee at the little café in the CS building. I took this one none too soon; about 5 seconds later, a barista had to grab one of the cups on the left and so destroyed this little bit of whimsical skewness.

The light here is a bizarre mix of incandescent and LEDs that tend towards daylight, with some daylight fill from a curtain window behind and left. Ektar appears to have taken the mix of color temperatures in stride, and certainly the lab that scanned my film did a good job correcting color.

So far so good. What else can Ektar do? Stay tuned.