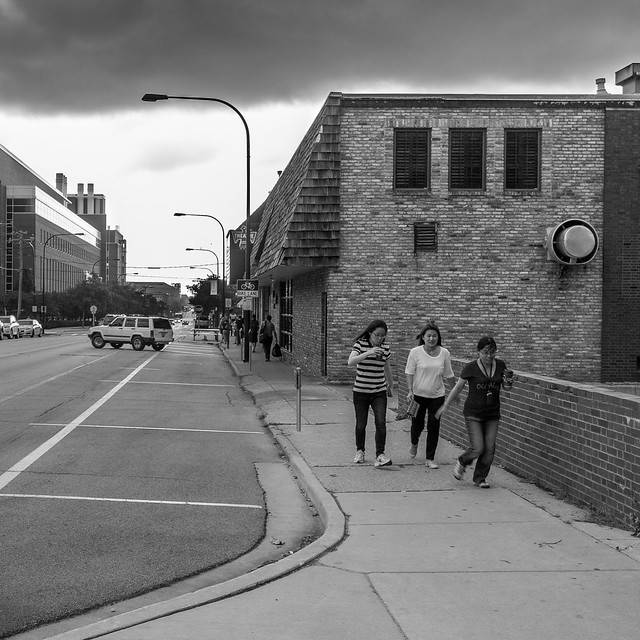 I went out to get some coffee one June afternoon and got caught in the rain on my way back, but not before seeing some people scurry for cover as the storm approached. 🙂 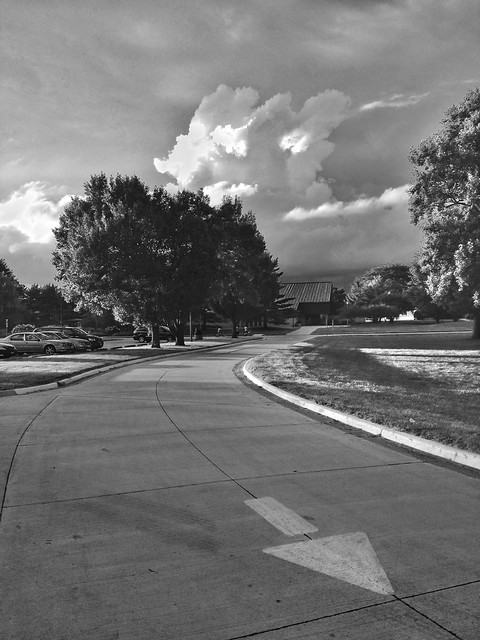 Snapseed (Android/iOS) has gone from being a capable if somewhat toy-ish photo editor to a real professional tool, as long as you’re willing to edit JPEG. 🙂 I’ve begun to use it for on-the-spot edits of smartphone images, such as this little bit of weather captured one evening while we were leaving the pool. The color filter simulations in its black-and-white plugin, which are derived from Silver Efex Pro, did a great job bringing out the drama in the clouds, along with the arrow on the street which seems to be beckoning the storm on. 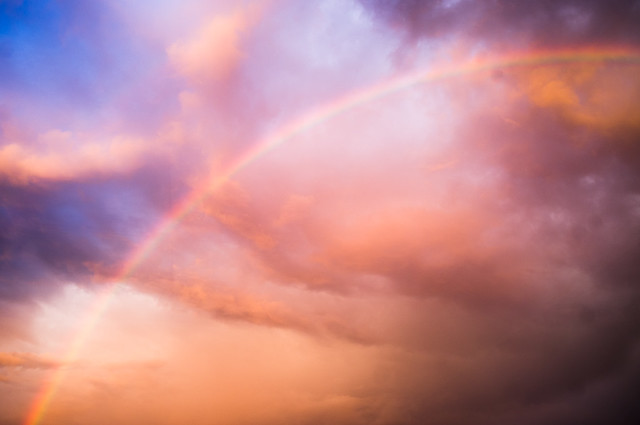 A small but intense squall line passed through on the evening my daughter was born, and I had the perfect view of both storm and aftermath from the delivery room. A copy of this will be going in my daughter’s bedroom. 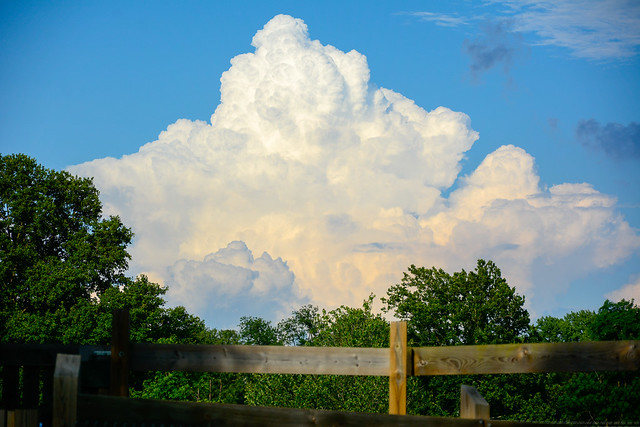 Who says we don’t have mountains in Illinois? Sure looks like it on a muggy summer evening.