On the street side of the new Electrical and Computer Engineering building, there is a second themed sculpture: 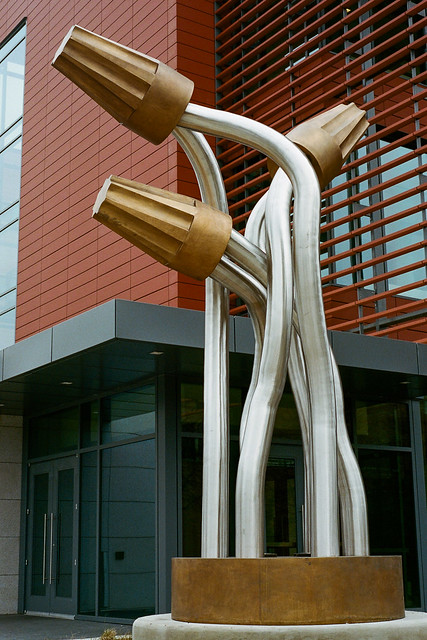 This piece, entitled “Diss-Connections,” elicited a tart comment from a fellow photographer: “Oh, someone is having fun with the residents of that particular asylum.” Between the slightly insulting name, and the fact that wire nuts are more the province of electricians than electrical engineers, there is much in what he says. The sculpture was good for a chuckle the first time I saw it, anyway. 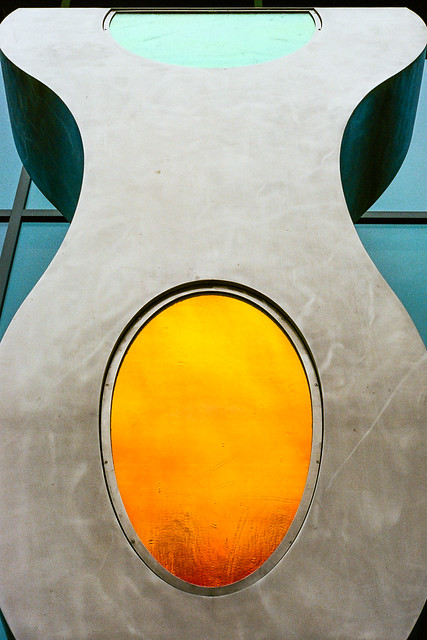 “Amplifiers,” at the main entrance, is a pair of metal pillars with undulating sides, with voids in the center that are enclosed by windows of dichroic glass. The pillars are not identical; according to the sculptor, they represent the famous engineer John Bardeen, a co-inventor of the transistor, and his student and inventor of the visible LED, Nick Holonyak, Jr. 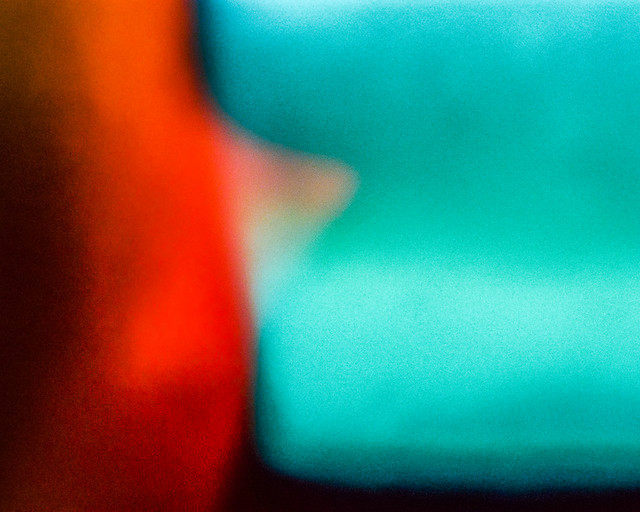 No single image can give a full idea of the sculpture because of the dichroic glass; the colors change with one’s viewing angle. When looking through both windows enclosing one void, different colors impose themselves in different patterns as one’s view shifts even slightly.

According to available descriptions, LEDs have been incorporated into the sculpture, which are presumably visible only at night. I’ll have to go back when the light is lower to see what I can see.