I have a closet in my house which I call “Nick’s Home for Wawyard Cameras.” It’s a sort of rest home/photography museum for various old equipment. It holds three 35mm SLRs: my dad’s Pentax Spotmatic and Sears-Ricoh TLS (M42 mount, plus lenses), as well as a friend’s Nikon FG-20 (F mount, plus a 50mm f/1.8 Series E); also two 6×6 TLRs: my dad’s Zeiss Ikoflex and Rolleiflex, both with 75mm f/3.5 Zeiss lenses.

I occasionally take one down and run a roll of film through it, and I noticed a few weeks ago that I had accumulated 11 undeveloped rolls this way. It was long past time to develop them. I put them all in an envelope and sent it to North Coast Photographic Services in Carlsbad, CA, which has long been my lab of choice. 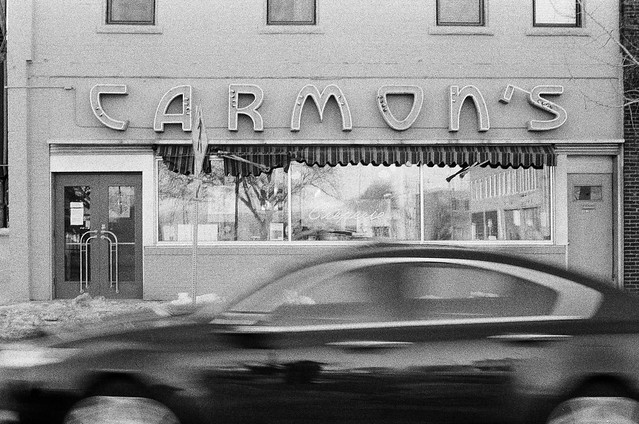 My wife gave me an afternoon off to shoot on the day before Valentine’s Day 2011. Of all the pictures I took that afternoon, this is the most important, as the restaurant depicted no longer exists. Ilford HP5 in the Sears-Ricoh with a 50mm f/1.4 Super-Takumar. 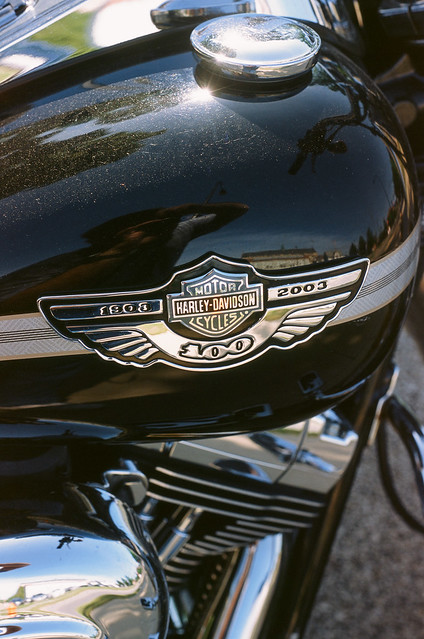 I’m hit-and-miss with selecting a correct exposure, it seems; better than I used to be, but not practiced and smooth. This is the best-exposed slide out of a whole roll of Provia 100F that I ran trough the Nikon, and it makes me want to buy a whole case and practice until I’m consistently on. The tones are to die for. 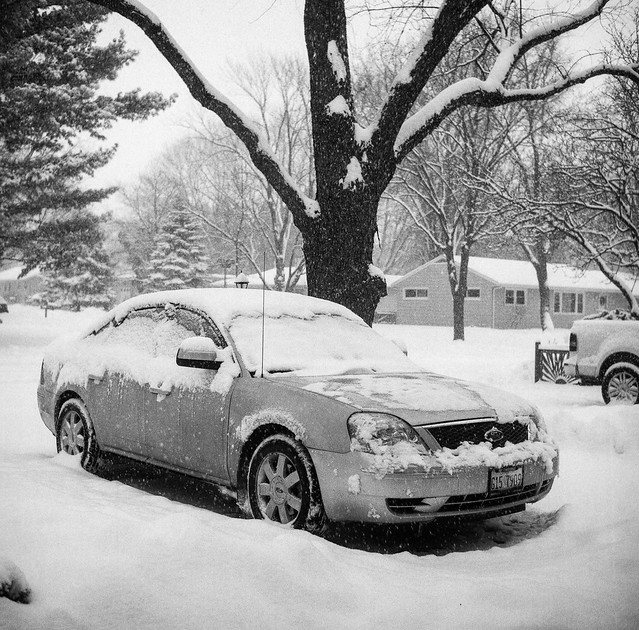 If you’re used to an SLR viewfinder, the reversed image of a TLR can be quite the challenge. As a longtime devotee of square format, it’s a challenge I enjoy, all the more because the larger film area yields better image quality. This was made in the Rollei with a very old roll of Kodak Plus-X that I found my parents’ basement. I wasn’t sure it would still be usable, having not been kept frozen, but it worked very well indeed.

I don’t shoot much film because of processing costs, but I hope to continue shooting the occasional roll, hopefully maintaining and even increasing my skills as time goes on.