After a nice lunch at Sprague Lake, we returned to Trail Ridge Road and continued through the park. The choice of our next stop was given to my wife, and she asked to pull over at Rainbow Curve, one of the most popular overlooks. The clouds were already gathering for an early afternoon thunderstorm. 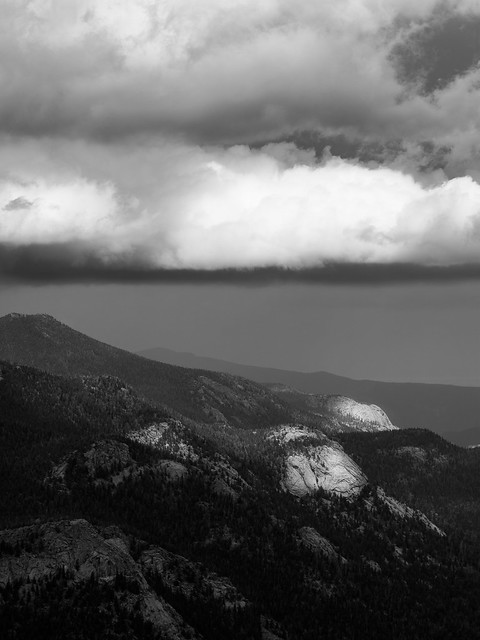 The standard view from Rainbow Curve looks down the valley of the Fall River, but it didn’t excite me as much as the interplay between mountain and cloud. I dodged the three bright spots into greater prominence and increased contrast in the clouds. 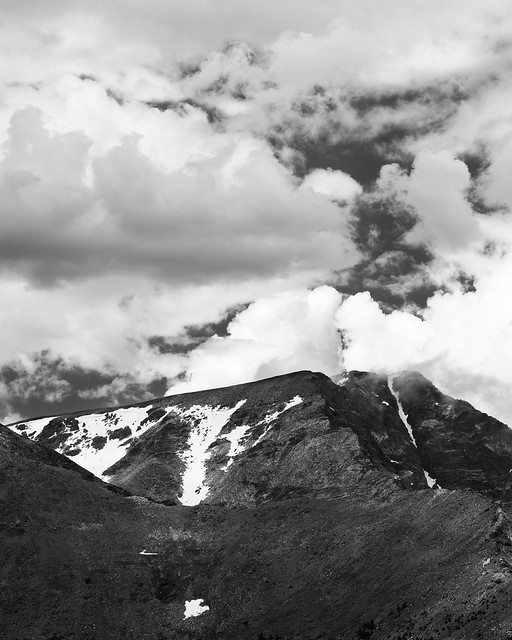 The Mummy Range is visible to the north, across the Fall River. Ypsilon Mountain is named for glaciers on the east face which form the shape of a Y; they are visible in part here to the right. What color there was, mostly in the sky, was beautiful, but it seemed to me to distract from the shapes and textures of snow, clouds, and rock.

I was thinking about trying a few more frames when a peal of thunder suggested it was time to move along. Trail Ridge Road goes above 12,000′ at its highest, and we hadn’t even broken the tree line yet….